How The Last Jedi Fixes Star Wars; Yes, I Said It. 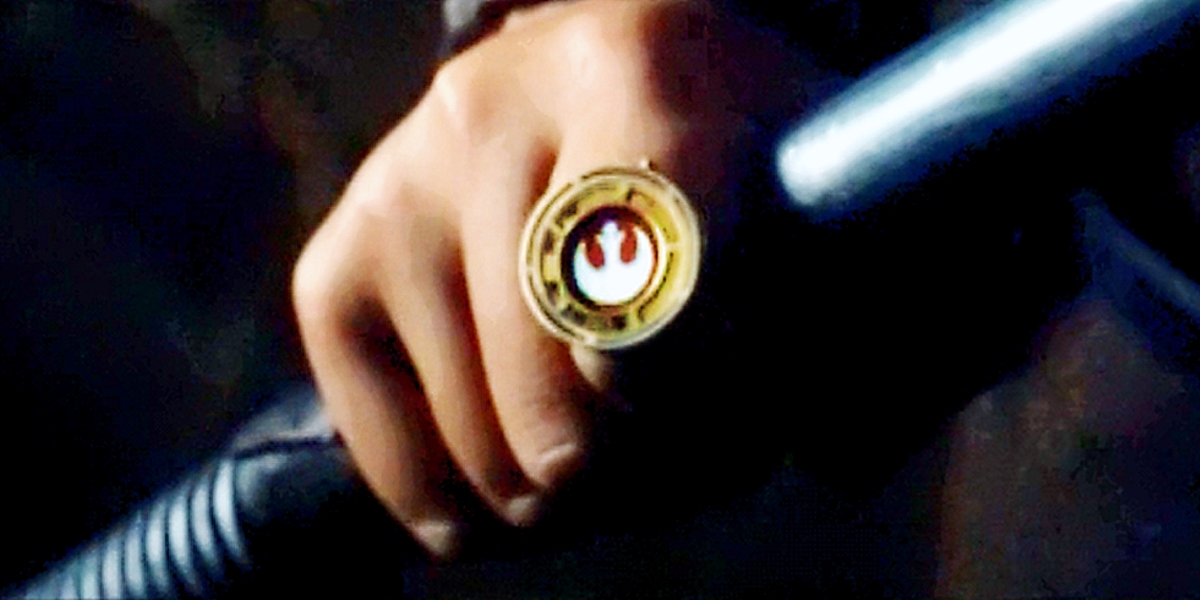 I wrote before that I believe Star Wars: The Last Jedi redeemed the franchise in several important ways. This is a complicated topic, but I want to try to give you an outline of my thoughts.

To talk about The Last Jedi “redeeming” Star Wars, I’m speaking in the context of a little book called Star Wars on Trial by David Brin (and his other writings on the subject), in which he levels some pretty serious criticisms against the franchise, not least by calling Yoda the true villain of the series.

Brin is one of my favorite authors, but you have to understand when delving into his essays that he is wildly anti-Romantic (the intellectual movement of Romanticism, that is), and what he would probably call anti-feudalist. Personally, I think he goes a little too far the other direction, but he makes some good points.

Star Wars on Trial levels eight charges, but the first two are the most problematic and central to the story itself:

Brin goes into more detail on these two points in this Salon article, in which he expands them to five:

And…when you think about it, he’s right!

The most egregious case of Star Wars espousing destructive values is when it equates love, or at least “attachment” with a form of greed. And that’s not just Brin’s bogeyman Yoda saying that in Episode III. It’s George Lucas himself, who said even before Episode II was released in 2002:

A more famous example of this same problem is Yoda’s line in Episode I, “Fear leads to anger. Anger leads to hate. Hate leads to suffering.” There is some wisdom in this line. A fair amount of our world’s history can be summed up in it. But to say it unqualified, especially to the then nine-year-old Anakin, is nearly as corrosive as Lucas’s tone-deaf philosophy on “attachment”.

The elitism of Star Wars is harder to pin down. The prequels espouse a firm commitment to democracy and liberty (which by Episode III became, for better or worse, a pretty heavy-handed critique of the Bush administration). And both the original trilogy and the new sequels take a pretty strong line against the evil Empire. But the fact remains that the Jedi are people born with a rare and powerful and apparently genetic gift who are given great authority (albeit after years of training) that ordinary citizens do not and cannot have. Brin equates this with the Romantic hero (which Lucas pretty explicitly based Luke on), who is just better than everyone else, and this is seen as good and right.

The Last Jedi, I thought, addressed all of these issues and in large part fixed them—not entirely by any stretch. Movies still need to have heroes, or at least protagonists. But it fixed some of the worst parts of the old movies. Luke talks about Kylo Ren having “that mighty Skywalker blood,” but this is subverted at the end when we learn that Rey is nobody. No relation to the Skywalkers, and no special heritage despite her great power (assuming Kylo wasn’t lying). We still have the problem of Force users being rare people born with special gifts, but we’ve at least undermined the dynastic Skywalker family. It’s the nobodies—the common people—who now determine the fate of the galaxy.

As Scott Daly of The Daly Planet Podcast (which I recommend) said, the message of The Last Jedi is that the Force isn’t just for the Jedi and the Sith anymore. The Force is for everyone. We see that with Rey, but the idea comes together even better at the end when we see one of the poor stable children on the casino world casually use the Force to pick up a broom. That’s a bigger deal than it sounds because a Jedi would never stoop to using the Force for something so mundane. Anakin even makes a point of saying so in Episode II. This is a sign of a major sea change.

The elitism of the Jedi Order and the corrosive values of the Jedi religion—what Brin calls “kitschy pseudo-Zen”—are also hit hard in the new film. From the start, Luke calls out the elitist hypocrisy of the Jedi Order, their failure to stop the rise of the Sith, and their vanity in thinking they are the only guardians of the Light. He says that it’s time for the Jedi to end, and Yoda actually agrees with him! True, the ending is ambiguous, with Luke saying Rey would carry on the Jedi legacy and showing that she had apparently stolen saved the sacred Jedi texts, but we can at least see that the new Jedi, if we can even call them that, will be going through a much-needed reform.

Finally, we have George Lucas’s and Yoda’s confused thinking on love. As a Christian, I find this “pseudo-Zen” attitude perhaps the most problematic part of the whole franchise. The Last Jedi redeems this too, though in a somewhat odd way. We see Rose make what is arguably an extremely stupid move even by normal people standards when she saves Finn from sacrificing himself to stop the Battering Ram Cannon. It’s bad strategy, but her explanation is gold, for she speaks one of the key themes of the movie: “This is how we win. Not by fighting what we hate, but by saving what we love.” (Thanks to Luke, it still works out in the end.)

This is why I believe that The Last Jedi fixes what was wrong with Star Wars. Because while I don’t fully agree with Brin, I do agree that the series was sending some very troubling messages, especially with the prequels, and the newest installment just took some big steps in the right direction.

1 Response to How The Last Jedi Fixes Star Wars; Yes, I Said It.