The Moon Landing at 50 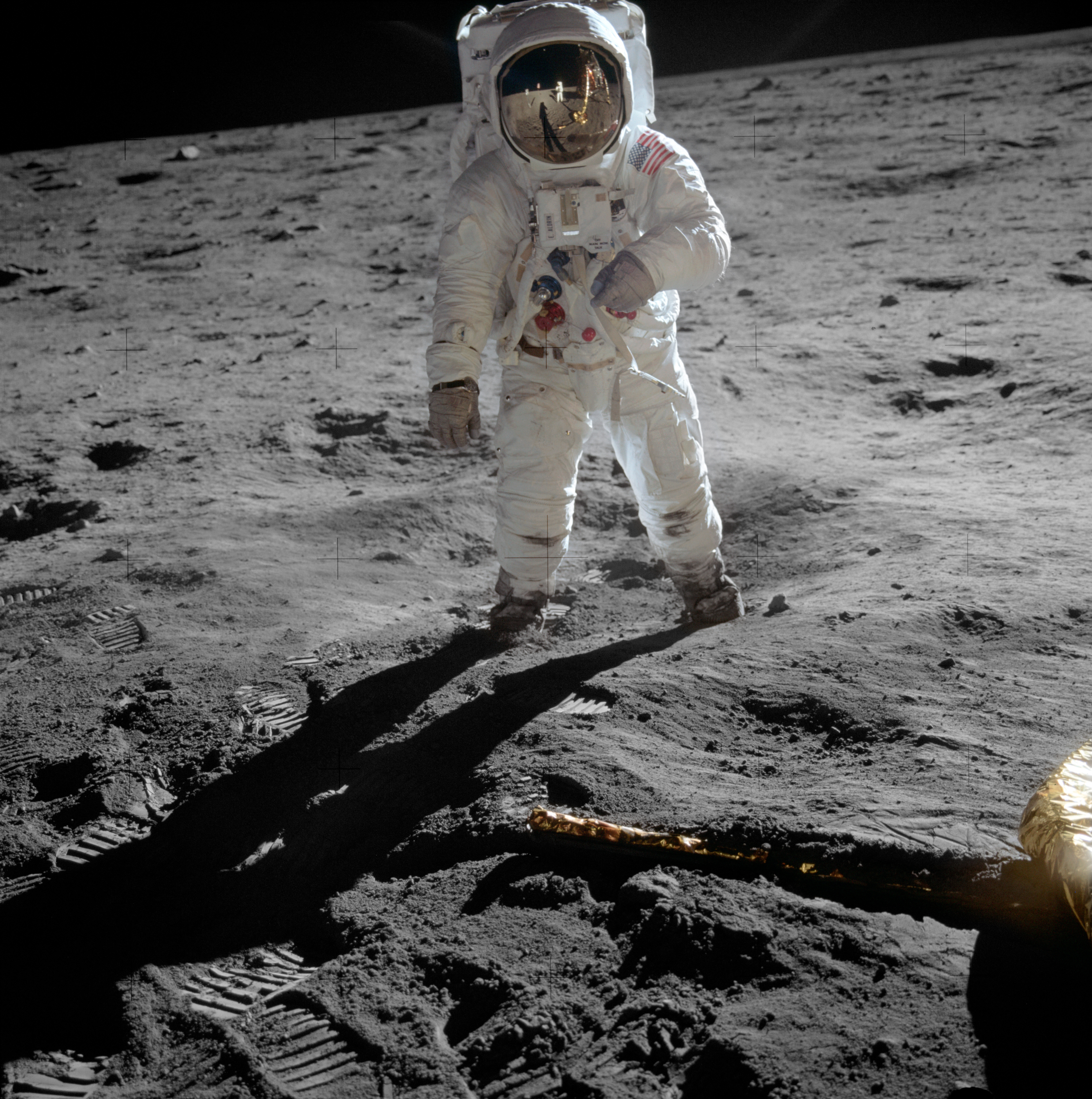 Unless you’ve been living under a Moon rock, you’re probably aware of how significant today and this week are. July 20, 2019: the fiftieth anniversary of the first Moon landing.

What can I say about this event that won’t have already been said a bunch of times all over the internet? Probably not much, to be honest, but I figure if I’m going to be a proper astrophysicist (not to mention science blogger), I ought to record my thoughts about something this big.

I guess I don’t feel all that celebratory, though. The way I see it, I just turned 30 this week. My birth is now a decade closer to Apollo 11 than to the present, and yet, I’ve never witnessed a manned Moon landing in my lifetime. I’ve watched a space station be built, slowly and painstakingly. I’ve seen a Space Shuttle lost. I’ve spent my entire academic career watching a telescope being built that will revolutionize my line of work when we finally get it off the ground. *knocks on wood* And the Curiosity rover landing on Mars in 2012 is still some of the most fun I’ve ever had. But realistically, we don’t seem any closer to getting back to the Moon than we did 15 years ago, when we were picking up the pieces after Columbia.

It’s sad that in 50 years, we haven’t gone back to the Moon. Especially when it seems like something that should have been easy to do a generation ago, and we wonder where our technological capability went. But then again, a lot of our rose-tinted notions about the golden age of space exploration aren’t entirely accurate. (And by the way, I can’t take credit for this analysis. A lot of it comes from Neil deGrasse Tyson’s book, Space Chronicles.)

The truth is, the space program has never been super-popular, the Moon Shot especially. It cost a huge amount of money, peaking at over $150 billion per year if you calculated it as a fraction of today’s budget, and it had no obvious tangible benefit for the American people at the time. Arguably, the real benefit of the space race was not felt until decades later, when schoolchildren who were inspired to be scientists and engineers grew up and commercialized space with GPS and communications satellites, and made other many discoveries and inventions that had nothing to do with space. And there’s no way to know how much of that would have happened anyway.

We love to reminisce about the Apollo program today, but at the time, public support was lackluster, and a majority of Americans thought we were spending too much on the space program. Everyone was excited and proud of our achievement when Neil and Buzz touched down, but people had only been lukewarm about it while it was in development. And by the time we left in 1972, people were downright bored with it. We complain today about people having short attention spans, but after three years and six successful missions, and with Mars a lot further away than people thought, it couldn’t hold the nation’s interest anymore.

We complain about politicians not being able to plan past the next election cycle now, but the truth is, they were playing the same game even then. Think about it: if John F. Kennedy hadn’t been shot, and if the Apollo 1 fire hadn’t happened, then we would have gotten to the Moon not just in that decade, but within Kennedy’s second Presidential term in 1968. And Kennedy himself was only really into it for political reasons.

Now, where am I going with this? Honestly, I don’t know. I could complain at length about NASA, Congress, special interests, and every President since Reagan, left and right, but all that just feels like a distraction right now.

The Great Pyramid was the tallest building on Earth for 3,800 years. It was finished in 2560 BC, and it wasn’t surpassed until AD 1311. What’s more, no one built anything dramatically taller until the late 1800s. The parallels are a little too close for comfort for me. One of our greatest achievements as a civilization of all time was also one of our very first, and no one ever bothered to replicate it because it was insanely expense and pretty near useless.

Will we be content with only what space flight we need to maintain our communications satellites for the next 4,000 years? I hope not. And we are making strides in exploring the planets robotically, and in studying the universe through new and better space telescopes. We’re also getting closer to new manned missions, both through NASA and potentially private enterprise. And as much as I’ve praised him, Elon Musk isn’t a lone genius, either, even if he’s a decade ahead of the curve. We’re going back. It’s going to be slow and plagued with problems, scientific and otherwise, but I’m confident that we’re going back.

Even so, I still have wonder what took us so long. And I can’t help but think: there are only four living humans, all in their eighties, who have walked on the surface of another world. If we ever let that number fall to zero, even for a short time, I feel like we’re doing a disservice not just to them, but to ourselves.