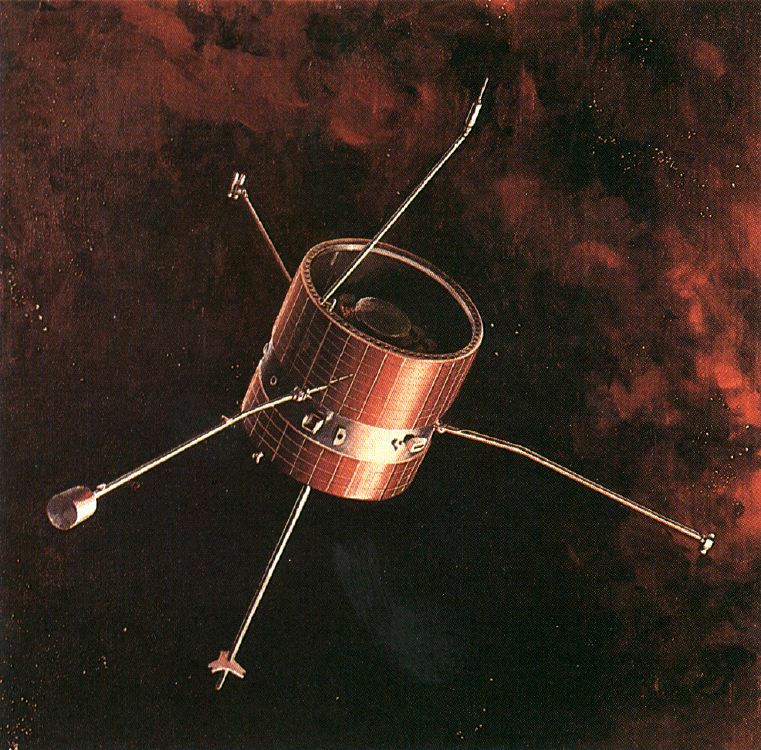 17776 is kind of a weird one. It’s all online, so you can click to the beginning right here if you want. The Wikipedia page is here. It was posted in July, and I first saw it in August, but I haven’t have time to review it until now. This is a type of story that’s way outside of my usual fare: a sports story. But it’s also a science fiction story in which the main characters are sentient spacecraft drifting through deep space.

This is also one of the most unusual story formats I’ve ever seen. It’s told in a mix of long, scrolling web pages that are mostly transcripts of conversations, full-screen GIF animations, and embedded YouTube videos. The only descriptor broad enough to really cover all it entails is a “web serial,” but it’s not the more traditional kind that is basically a serial novel on the web.

17776: What Football Will Look Like in the Future is a surrealist, existential science-fiction/sports mash-up written by Jon Bois of the SBNation blog. The premise is that human beings stopped being born, aging, and dying for reasons unknown in 2026. Over 15,000 years later, a mostly-unchanged humanity is struggling to stave off perpetual boredom, and many people turn to increasingly absurd versions of football. It starts with a game where the field is the entire state of Nebraska and only gets weirder from there.

The story is mostly told through the eyes of three spacecraft adrift in the cosmos, who have become self-aware through the sheer passage of time and who talk to each other with quantum communication: the newly awakened Pioneer 9, his “sister”, Pioneer 10, and the Jupiter Icy Moons Explorer (JUICE), yet to be launched in the present. The three probes look down on Earth as Nine tries to process the bizarre world that he only “remembers” from his construction in the 1960s and come to terms with it.

And that’s really all there is to it. We get a couple other recurring characters, like Nancy McGunnell, who is trying to evade her pursuers and score the winning touchdown for Wyoming in the Nebraska game, and Jason Durabo, who is trying to win a game by tracking down a long-lost football autographed by Koy Detmer (not to be confused with his brother, Ty Detmer). But mostly, it’s about the weird football games that immortal people come up with and existential reflections on the nature of life.

17776 is hilarious, but it also has depth to it. There are hints scattered throughout that a really bleak world is hidden under the surface layer of surrealism. Most obviously, New York City is underwater due to melting ice caps, but there’s more to it than that: the fact that technology has stagnated, Ten’s discourses on boredom and play and the end of exploration, and a couple of very poignant moments where we see that a world that has gone 15,000 years with no children on it is a pretty sad place all peak through.

So there’s not much plot—or at least not much plot movement—but it’s a fun romp that also makes you think and leaves you wanting to see more of this bizarre world, and that’s pretty good sci-fi in my book.

I'm a full-time astrophysicist and a part-time science fiction writer.
View all posts by Alex R. Howe →
This entry was posted in Science Fiction, Web Review and tagged 17776, football, science fiction, sports, surrealism. Bookmark the permalink.
%d bloggers like this: