New Horizons and Ultima Thule: Where to Watch 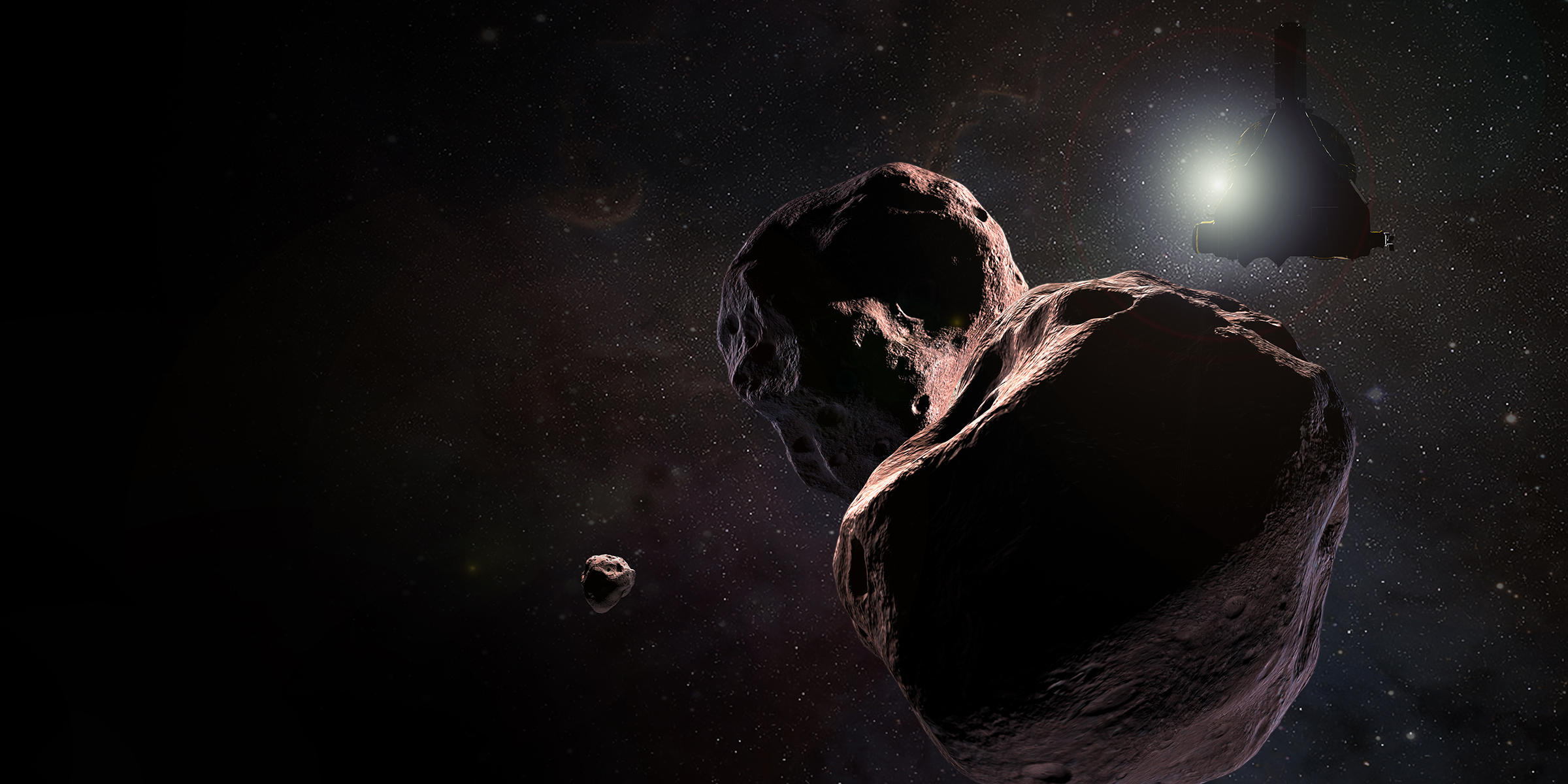 Update: it turns out that the coverage of the Ultima Thule flyby is “forward funded”, so it will proceed on NASA TV as normal.

New Horizons, the spacecraft that famously imaged Pluto three years ago, will be making history again on New Year’s Day by making the most distant flyby in history. The spacecraft will be flying close by the Kuiper belt object (486958) 2014 MU69, nicknamed Ultima Thule (pronounced “THOO-lee”).

This distant, comet-like object is much smaller than Pluto, only about 30 km (19 miles) across. It’s also not very round. Observations of Ultima Thule as it passed in front of a star on July 17, 2017 revealed that it has a dumbbell shape or is perhaps a very close binary.

This promises to be a fascinating scientific event, but there’s just one problem: the U.S. government is currently in a partial shutdown, which looks likely to extend into the next Congress, which starts on January 3. Don’t panic. NASA is still running the mission and will get the data, but if the shutdown continues, the usual go-tos to watch the encounter like NASA TV will be offline. (It’s running as of this posting, but they won’t be doing live events.) NASA’s website will also not be updated, at least not in a timely fashion.

But there is good news. NASA is also partnering with Johns Hopkins University, and JHU will be running coverage of New Horizons through the shutdown. You can find all of the information at the JHU Applied Physics Laboratory website, and their YouTube channel.

The first press conference will be tomorrow, December 28 at 1:00 PM EST, during which they will preview the flyby and science operations. There will be more on December 31, and the main event, acquiring the data, on New Year’s Day with science results announce the two days afterward. I highly recommend you check it out.

I'm a full-time astrophysicist and a part-time science fiction writer.
View all posts by Alex R. Howe →
This entry was posted in Current events, Space exploration and tagged nasa, new horizons, Ultima Thule. Bookmark the permalink.
%d bloggers like this: