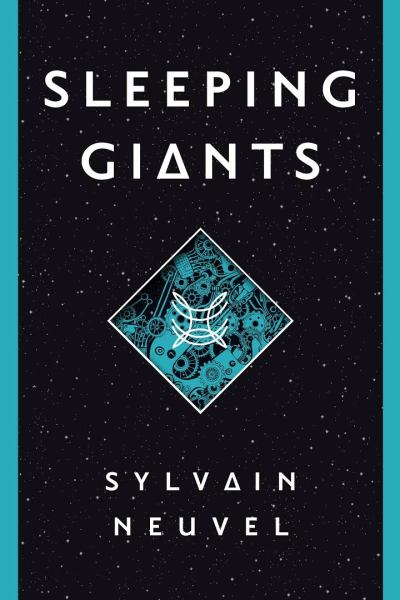 Sleeping Giants is one of those books I picked up blind. I knew nothing about the author, and I hadn’t heard the book recommended. All I knew was what was printed on the dust jacket.

And I loved it.

Sleeping Giants, the debut novel of Québécois author Sylvain Neuvel, is a sci-fi thriller told in the style of The Martian and World War Z, through journal entries and interview transcripts with someone who seems to be a scary, faceless government agent.

It all started when a young girl named Rose Franklin fell down a hole and landed on a giant metal hand. Years later, Rose is a scientist recruited to study the hand and find more pieces of what turns out to be a giant alien robot, which in ancient times was the inspiration for the Greek goddess Themis. 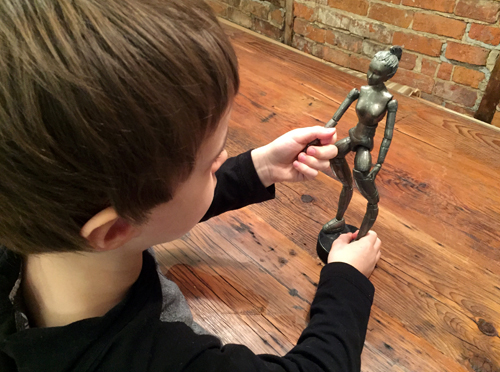 Or, if you’re Neuvel’s son, the backstory of a cool action figure. Credit: The University of Chicago Magazine.

Of course, after that, everything goes wrong, and disaster, destruction, political scheming, and the specter of the aliens noticing something amiss all mean that the robot causes a lot more trouble than it solves.

Sleeping Giants is a page turner for sure. It has plenty of personal drama, political machinations, and pretty good science, too. The plot also has at least three big twists coming out of left field to keep things exciting.

I admit I wasn’t completely sold on the book until the very end. I didn’t particularly like where Mr. Neuvel was going with it for a while, but I changed my mind immediately when I saw he was teasing a sequel. The final twist kept the mystery alive and completely changed my perspective on the story without feeling cheap. The sequel, Waking Gods, will be released next April, and I am eager to read it.

I'm a full-time astrophysicist and a part-time science fiction writer.
View all posts by Alex R. Howe →
This entry was posted in Book reviews and tagged Sleeping Giants, Sylvain Neuvel, The Themis Files. Bookmark the permalink.
Loading Comments...
%d bloggers like this: