Update: New Horizons is alive! The flyby went as planned with no computer glitches. All the data appears to be there.

Also NASA TV is working now, and UStream appears to be offline, so click there for the press conferences. Expect more pictures tomorrow. 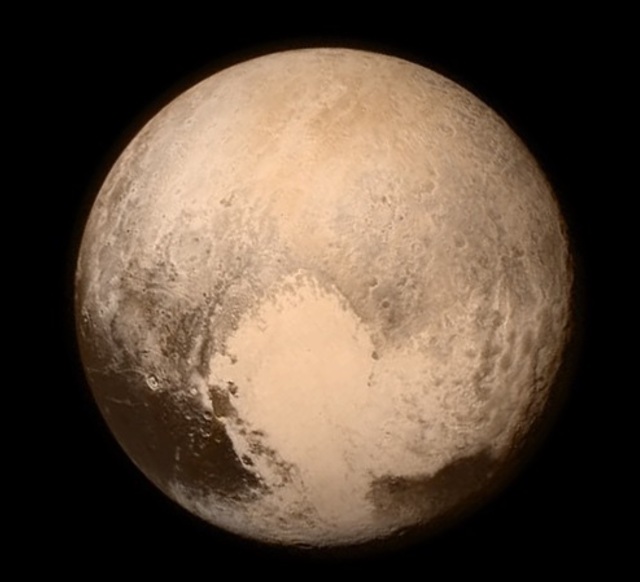 The last image of Pluto from before the New Horizons flyby, July 13, 2015. Credit: NASA.

The New Horizons spacecraft is making its closest approach to Pluto right now! This is real time, but the first “I’m alive!” signals won’t get to Earth until 8:53 PM Eastern time tonight. The spacecraft will be too busy taking pictures to send us any data until then, but we got one last great image of the dwarf planet, shown above. It’s a lot more interesting than Mercury, let me tell you.

If you want to see this historic event live, NASA TV is covering everything, but don’t bother with the main page. It is overloaded, probably because of too many people trying to watching. Instead, click on the UStream feed here. To find out what events and pictures to expect over the next hours and days, check out this post.

This is a historic moment 15 years in the making–6 on the ground and 9 in space. Fittingly, today is also the 50th anniversary of the first ever flyby of another planet, Mariner 4’s flyby of Mars. It took 50 years to explore all the planets (what were considered to be all the planets for most of that time). Here’s even more exploration in the next 50 years.

I'm a full-time astrophysicist and a part-time science fiction writer.
View all posts by Alex R. Howe →
This entry was posted in Current events, Space exploration and tagged new horizons, pluto. Bookmark the permalink.
Loading Comments...
%d bloggers like this: