What I Learned From Writing The Wayfarers 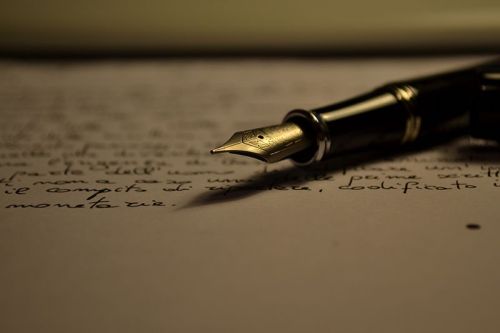 Last week, I published one of my short stories, The Wayfarers, and previously, I also described my writing process that went into one of my other stories, The Lacertan Indicent, and what I learned from it, so I wanted to do the same for this one.

Interestingly, the main takeaway from The Lacertan Incident was not to be too sure of yourself and to recognize the flaws that go into an initial draft. However, the main lesson I learned from The Wayfarers was not to give up on a bad story.

It wasn’t. Not in that draft, anyway. I didn’t get any bites, set it aside for six years, and then took another look at it for this blog. Honestly, the story never thrilled me from the start, but when I reread it, I saw massive structural flaws. There were too many characters, the dramatic arc was completely jumbled, the writing was stilted and too verbose, and to top it all off, the science was wrong.

The original story didn’t have the sky on the ships being lit a natural sky blue by the blueshifted microwave background. It was pitch black, with distant galaxies barely visible without a telescope, and that was a big part of the tone–darkness, isolation, and a profound silence in the universe outside. The story falls in a distant part of the same fictional universe as The Lacertan Incident. At the time, I hadn’t fully worked out how faster-than-light travel should work, and when I did, all that changed.

This meant I had to make a choice: either abandon the dark and silent tone of the story that had been a big part of its initial appeal, or throw it out of its fictional timeline and spin it off into a standalone story. Either option would have meant rewriting half the story, and given the flaws in the writing itself, I decided to take a third option: I threw it in the proverbial trunk and forgot about it.

For about twelve hours. After sleeping on it, I thought about the story again and decided that the structural flaws weren’t insurmountable. It did take a lot of rewriting, though. Most of the descriptions had to change to reflect the revised science. I cut out one character entirely and downplayed Thurgood’s wife. The part where they activate the engines was originally early on, and I moved it to the more emotionally satisfying end position, and in doing so, I consolidated the whole thing down from eight scenes to five, greatly simplifying it. This in addition to revising and proofreading to improve the flow of the words.

It took a lot of work for the length of the story, and it’s not perfect, but I salvaged it. What I learned from writing this story is not to give up on your writing. Even if something is seriously wrong with it, if you think carefully and are creative, you can usually find a way to fix it.