Happy New Year to all! Traditionally, the beginning of the year is a time to reflect and to look ahead, so here’s a look at what’s coming in 2013. 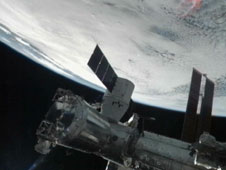 SpaceX will send two resupply missions to the International Space Station, one in March and one in October. SpaceX is also working toward manned flights in 2015.

April: Orbital Sciences Corp. will attempt the first launch of its Cygnus spacecraft to the ISS. Having two companies able to resupply the ISS will take some pressure off of the Russian program, which has had some problems with launchers in the past few years, and off of the European program.

October: The European Space Agency will launch its Gaia spacecraft. Gaia will carefully measure the positions of 1 billion stars to measure their distances and motions out to thousands of light-years, detect exoplanets from the motions of their stars, and better determine the structure of our Galaxy.

November: The Mars Atmosphere and Volatile EvolutioN (MAVEN) probe will launch. In 2014, MAVEN will begin studying the atmosphere of Mars to determine why the planet lost its water.

The line of succession to the British throne will have its biggest change since 1984, and for the first time, male and female children will be considered equally.

China plans to launch its Tiangong-2 space station, which will be larger and operational longer than Tiangong-1. 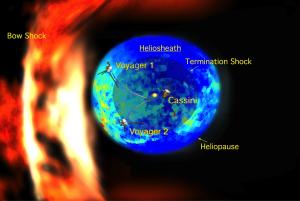 Schematic diagram of the locations of the Voyager and Cassini spacecraft. Credit: NASA/JPL/JHUAPL.

The Voyager 1 spacecraft will probably become the first man-made object to leave the Solar System. In late 2012, its instruments indicated that it was reaching the edge of the influence of the Solar wind.

Hollywood will have its objectively least original year ever, with 31 sequels and 17 remakes. For better or worse, those are what sell.

Virgin Galactic will attempt to make the first ever manned commercial spaceflights. Tickets are on sale for $200,000.

The Large Hadron Collider will be shut down for most of the year for upgrades. In 2015, we will witness the firepower of this fully armed and operational particle accelerator.

The next Solar maximum will begin, bringing more opportunities to see auroras and a greater risk of catastrophic Solar storms.

We will probably find new planets that are more “Earth-like” than any we have seen before. None of these planets are really as Earth-like as they sound, but more on that later.

Politics as usual will continue to be politics as usual–sorry, everybody, that’s not changing anytime soon. But in the meantime, keep watching the skies.