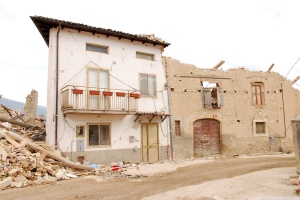 Today, an Italian court convicted six seismologists and one government official of manslaughter for failing to predict a magnitude-6.3 earthquake that struck the city of L’Aquila on April 6, 2009, killing 309 people. They have been sentenced to six years in jail and fined nine million euros, although they are currently free, pending appeal. On its face, this appears to be an egregious move against science and scientists, holding them liable for failing to predict the unpredictable. The actual truth is more complicated, but I think the result is still very troubling.

The seven defendants in this case were all members of the National Commission for the Forecast and Prevention of Major Risks, which was to advise the populous about the threat of upcoming earthquakes. For several months before the quake struck, there had been a “quake swarm”—a cluster of many small tremors that had rattled the area around L’Aquila. While large earthquakes are commonly associated with these swarms, the reverse is not true: swarms of small tremors rarely lead to larger quakes.

Because of this, the commission informed the public that, while a large earthquake could not be ruled out, they should not worry about the swarm, and there was no need to evacuate. Unfortunately, a large earthquake stuck anyway, killing 309 people. Victims’ families and Italian prosecutors accused the members of the commission of giving out bad information and they were charged with manslaughter in June of 2010 for their alleged negligence.

Ironically, there was one man who did predict the earthquake in L’Aquila: Gioacchino Giuliani, an amateur seismologist with no formal training and no published papers. Giuliani believed he could predict earthquakes by measuring radon levels in the area. When he predicted a major earthquake would strike L’Aquila, he went on a one-man campaign to warn the populace. For his trouble, he was reported to the police for “spreading alarm” and forced to remove his findings from the Internet—probably rightly, considering that his radon levels method has consistently failed to predict other earthquakes and has no scientific basis.

After the indictment, the geological community began circulating a letter in support of the six seismologists, stressing that short-term earthquake prediction is essentially impossible and that the science can do little more than assess where an earthquake is likely to occur. The letter did little to sway the prosecutors, who continued to insist that the trial was not about predicting the unpredictable, but about how the risk was communicated to the public.

And this is where some fault may, indeed, lie with the scientists. At a meeting that took place just days before the quake struck, members of the commission made a number of reassurances that prosecutors targeted as negligent. At the meeting, the seismologists did say that they could not rule out the possibility of a big quake (true), and they said that the recent swarm did not increase the risk significantly (also true).

Unfortunately, at a press conference soon afterward, the assessment was distilled by one of the seismologists to: “The scientific community tells me there is no danger because there is an ongoing discharge of energy. The situation looks favorable.” This was false: the other scientists specifically repudiated the idea that there was no danger, and the situation was not “favorable”, but merely business as usual. Moreover, a swarm of small quakes does not prevent a big quake by releasing energy, so the statement was based on bad scientific theories, as well.

Many residents of L’Aquila suggest that these statements were too reassuring, and that they let their earthquake preparedness lapse as a result, which, of course, is never a good idea in an earthquake-prone country like Italy. Others say that they would have left the city were it not for the reassurances, an idea that does not hold up so well because the danger appeared to be no greater than normal, meaning there did not appear to be a pressing reason to evacuate.

But was it the seismologists’ fault? A wiretapped phone conversation revealed that even before the commission met, the head of Italy’s Department of Civil Protection already had the scientifically-inaccurate conclusion in mind: “I will send them there mostly as a media move. They are the best experts in Italy, and they will say that it is better to have a hundred shocks at 4 Richter than silence, because a hundred shocks release energy, so that there will never be the big one.” He was charged as the seventh defendant when this statement was made public. Other officials claimed that the real culprit in the death toll was a longstanding failure to enforce building codes.

None of this prevented the court from convicting the seven defendants, even though only two of seven were primarily responsible for conveying inaccurate risk information to the public. That the other five did not call out these errors seems to have been enough. Meanwhile, the trial has been slammed by scientists and science writers as a medieval attack on science and compared to a witch-hunt, and even to the trial of Galileo.

My own assessment as a scientist (though not a geologist, by any means) is that there were serious problems in the way the risks were communicated to the public in this case, but this outcome is the worst of both worlds. The deaths of 309 people in the L’Aquila earthquake are a tragedy, but convicting the people most qualified to assess the risks does no good in the long run. Indeed, this conviction could create some very real risks for the people of Italy because it will have a chilling effect on the scientific community, and it could make obtaining future seismological risk assessments (or any kind of risk assessment, for that matter) that much harder.

I'm a full-time astrophysicist and a part-time science fiction writer.
View all posts by Alex R. Howe →
This entry was posted in Current events, Geology. Bookmark the permalink.
Loading Comments...
%d bloggers like this: